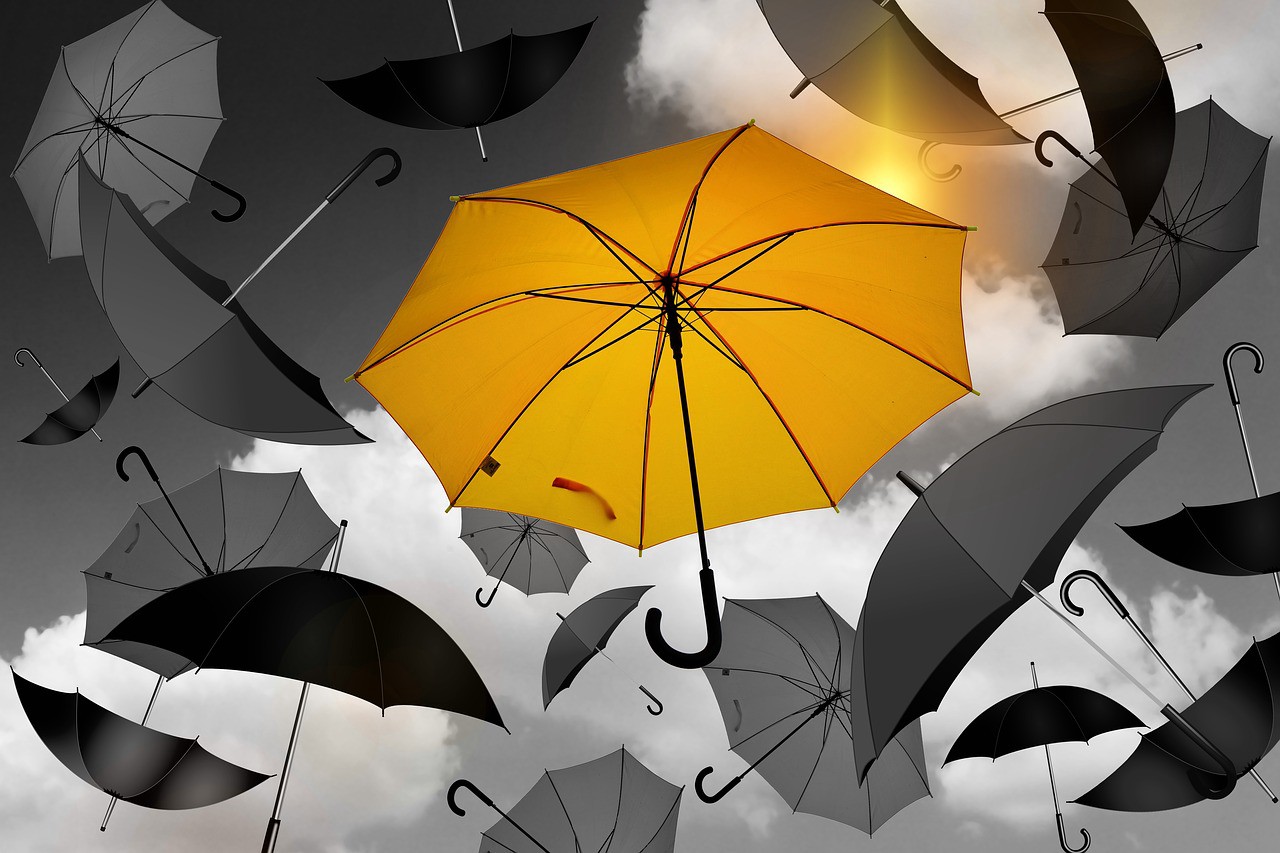 Over a decade ago, an idea was born that seemed innocent at the time, even ground-breaking. It was the idea of personal branding; marketing one’s own skills like a product. In this piece, I’m going to reflect on how the personal branding mindset has played a role in creating today’s polarised and tribal online environment.

In his original Fast Company article,‘The Brand Called You’, author Tom Peters urges his readers to develop their personal brands by delivering talks and developing word-of-mouth marketing around their unique skills. He briefly mentions the importance of showing familiarity with new technology (such as email), but as a rather minor consideration. After all, it was 1997; the digital world hadn’t yet become an inextricable part of everyone’s lives.

Fast forward a few years to the early 2000s, where people had started publishing their own content using blogs and personal websites. The social media platform MySpace was launched in 2003, followed a couple of years later by Facebook. These tools were powerful and they allowed ordinary people to broadcast their message, whatever that might be, to large audiences. It was a whole new way to build the brand called you.

The growth of social media and blogs spawned a whole generation of online content creators, some successful, many not. People could now reinvent themselves personally and professionally simply by producing relevant online content and sharing it with audiences via social media. The trick to success was finding a bunch of people with whom your message resonated, i.e. your tribe.

The idea of ‘finding your tribe’ is central in branding strategy, both for commercial marketers and personal branders. Personal branding gurus often stress the importance of being bold and even divisive in the content you choose to publish. The goal in doing so is to eliminate those who aren’t on board with your opinions, leaving only your loyal, like-minded tribe remaining.

Arguably, this tribal approach has instilled in the digital generation a habit of being strongly opinionated online. It’s all too easy to be bold and divisive when you’re safely behind a screen. You can blog, make videos and write ebooks to your hearts’ content.

But creating effective content for personal branding takes up a lot of time and mental energy. Not everyone wants (or has the skills/motivation) to write original blog posts about their key career interests. Luckily, there’s another approach: content curation.

This popular and effortless alternative for building a personal brand community involves sharing other people’s content with your target audience, sometimes (but not necessarily) adding your own quote or original take.

Curation can be done quickly and with the minimum of effort; an appealing strategy in a time-pressed world. For example, content curation on Twitter could be as simple as retweeting articles and tweets relevant to the personal brand you wish to create. By doing this consistently, you can attract like-minded people, which then gives you a tribe, or brand community.

Another relevant factor in the development and solidification of personal branding is the deliberate design of online social networks. This encourages users to take actions which generate more likes, clicks and engagement from their audience.

Content curation and social networks’ design are symbiotic processes intended to complement one another, leading to a cycle where people create (or curate) content, gain approval from their tribe, experience a positive self-esteem boost, and repeat. This ongoing process generates increased traffic for the social networks and more revenue for their vital advertisers.

In 2008, online social networks made their big debut in politics as part of Barack Obama’s presidential campaign. Obama won the presidency, and followed up in 2012 with another win and another dose of digital political campaigning.

By then, more and more people were using social media and the first signs of manipulation were began to emerge. On top of that, attention spans were beginning to erode as people became used to a lifestyle lived almost wholly online. The introduction of Apple’s iPhone, and the resulting explosion in smartphone use exacerbated this shift, giving people access to social media in their pockets at all times.

It created the beginnings of a world where everyone on a bus or train would have their head down staring at a smartphone. Once we gained the possibility of sharing content at the touch of a ‘share’ button, content curation as part of maintaining a self image would soon become habitual for many. By 2016, social network use was prevalent, most people had a smartphone, and information was flowing non-stop.

Politics had firmly entered the personal branding arena, and campaign managers deployed increasingly clever strategies, such as digital profiling and social ads, to win over voting populations. This practice came to a head with the EU referendum in the UK, closely followed by the 2016 election of Donald Trump as US president.

To better understand what drove these events, it’s useful to first consider the innate human tendency to see the world in terms of ‘us vs them’. This is well demonstrated by the work of behavioural psychologist Henri Tajfel on what he called the ‘social identity theory of group conflict’, in particular the ‘minimal group paradigm’.

The minimal group paradigm shows that people define themselves in opposing groups over the most trivial of matters, such as a coin flip, grouping themselves into ‘Heads’ and ‘ Tails’. Once divided into groups, people tend to favour their own ingroup while disadvantaging, and even derogating, the outgroup. If people can get tribal over a simple coin flip, imagine what they’d be like over political ideology.

Further research has shown that not only do people tend to strongly favour their ingroup, but they also have a tendency to derogate the outgroup. This us vs them mentality manifests in many areas of life, from harmless rivalry over cities and sports (e.g. Boston vs New York or Manchester vs Liverpool), to more serious issues of racism, xenophobia and nationalism.

It also manifests in the digital world, exacerbated by today’s entrenched tendency for personal branding and ‘finding one’s tribe’. People receive positive reinforcement as part of the in-group whenever they broadcast their identity to their fellow brand community members. They usually do this by sharing content, whether their own, or, more commonly, curated from others.

Two infamous political examples are the behaviour of Trump supporters versus Clinton supporters, or Leave versus Remain supporters. Both sides commonly derogate the other (e.g. libtard, Brexiteer) and view their ingroup as superior.

That’s not the only way social identity theory manifests itself in contemporary digital politics. In addition to derogating each others’ perceived political outgroup, it’s become common practice to derogate, and even dehumanise, certain outgroups in wider society, normally minorities such as Muslims, refugees or immigrants.

These groups have become easy targets because of an array of social and political events over recent decades that have put them squarely in the firing line. Ever since the terrorist attacks of 9/11, the British and US mainstream media has consistently highlighted attacks committed by Muslim perpetrators while downplaying similar ones conducted by non-Muslims.

What’s more, the Syrian civil war and the rise of ISIS triggered a massive influx of refugees from Syria and Iraq into Europe. Together, these events produced a climate of fear and uncertainty; fertile territory for innate ‘us and them’ attitudes to thrive in a digital sphere where online tribalism (in the personal branding sense) had long been a common practice.

This leads to a very current concern: the rise of online misinformation, often known as ‘fake news’. With such a huge flood of information now available via our smartphones, we don’t always have time to read everything in detail. So we take shortcuts and get lazy about processing information properly. We simply don’t have the time or inclination to think deeply about every piece of content we interact with online.

Nevertheless, we crave engagement and approval from our ‘tribe’. Perhaps we’ve become somewhat addicted to it, to the extent that we sometimes share articles without even reading them. Recent research found that between 50–70% of all URLs on Twitter are shared without being opened, suggesting that people share them based only on the headline. This has heavy implications for the spread of misinformation, and suggests too, that fact-checking probably won’t work.

In an online space rife with misinformation, why would someone share an article without reading it first? Arguably, broadcasting our affiliation to our digital tribe matters more to us than veracity. More critically, broadcasting this affiliation to our ingroup is likely to involve derogation of an outgroup. After all, we really want those likes and shares, and that’s often the best way to get them.

One of the key goals in sharing content on social media (especially Twitter) seems to be to signal that ‘we’ (the ingroup) are different from ‘them’ (the outgroup). This dichotomy shows up most disturbingly in stories about ‘Muslim rape gangs’, refugee ‘sex mobs’, and terrorist attacks that never happened (e.g. the fictitious Bowling Green massacre).

In this tense milieu, it’s easy for misinformation to get picked up and spread as part of the ‘tribal broadcasting’ process, or ‘content curation’ in personal branding parlance. If a certain news story fits people’s ingroup vs outgroup narratives, they’re probably going to share it on social media. Truth may come second to tribalism.

The real danger comes when this digital tribalism plays out in real world scenarios, such as an uptick in anti-immigrant hate crime, or violent events such as ‘Pizzagate’. Both have been linked to online misinformation.

You might ask what the social media giants are doing to address this issue. They’ve made various efforts to implement reporting tools so that users can report hate speech. They have also shut down particularly heinous accounts such as InfoWars, that exist purely to peddle misinformation and hate.

But digital tribalism in fact boosts all the metrics that spell success for social media firms, creating a self-reinforcing situation. One can’t help but wonder how far they’ll actually go to rein this in.

If only we could all quit social media, en masse. Would that solve the problem? Or does it run deeper than that?