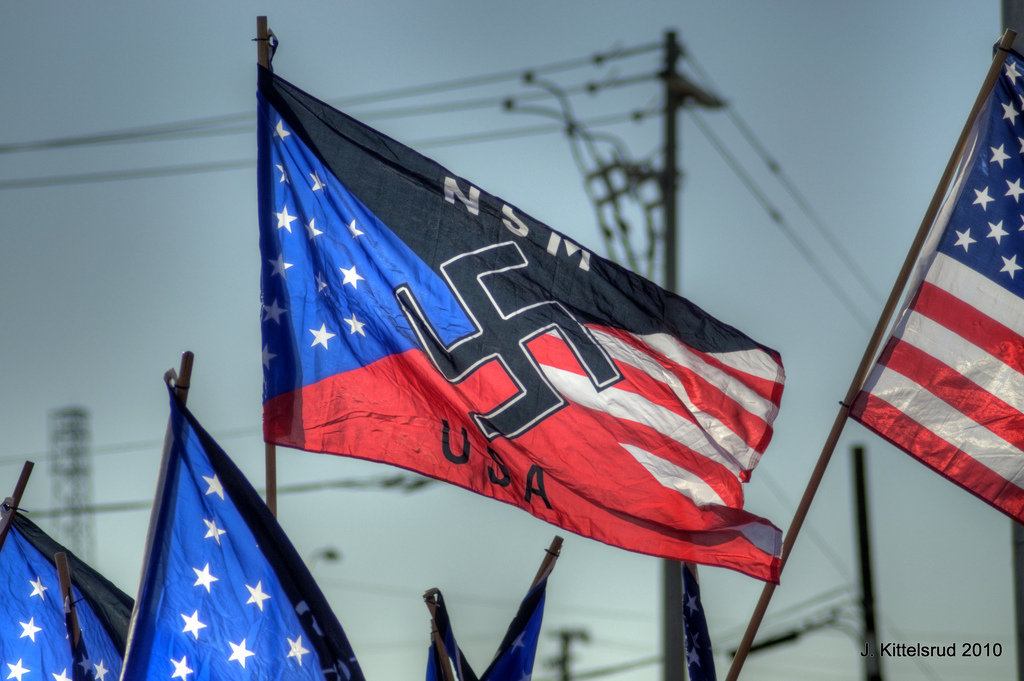 In November 2016 the terrorist Thomas Mair was sentenced to life in prison for the politically-motivated murder of Jo Cox, MP.

Many news outlets featuring headlines about the verdict chose to place quote marks around the word ‘terrorist’. Other terms used in the media to describe Mair included ‘deranged white supremacist’, ‘far-right fanatic’, and ‘neo-Nazi’.

While these terms are both accurate and suitably negative, they also suggest the media remains reluctant to label Mair by one term: a terrorist. Only one article in the Guardian included the word in its headline (without quote marks) as well as in the opening sentence.

This may seem like a trivial problem of semantics. Surely terms like ‘neo-Nazi’ are good enough to describe Mair in light of his actions. But there’s more to it than that.

Perceptions are at the heart of the matter. The point is fairly obvious and it’s been made many times; if this white man had been Muslim he’d have been instantly called a terrorist (without a quote mark in sight). By putting the word in quote marks or using terms like ‘neo-Nazi’ and ‘white supremacist’, the media paints Mair’s actions as unusual and an anomaly.

Use of these terms does not imply any ongoing link between white men and terrorism. That’s reserved for brown men with beards – and has been so for most of two decades. Public perceptions of terrorism and Muslims are full of double standards; and the image of both the religion and its followers is now synonymous with terrorism.

Much of that image has been created and reinforced by the constant drip feed of certain narratives in the mainstream media that draw often hysterical links between terrorism, extremism and Muslims. The resulting Islamophobia within wider Western society has formed a grim backdrop to everyday life for numerous Muslim communities. The repercussions have been immense and damaging, ranging from everyday discrimination to acts of outright violence against Muslims and symbols of Islam, such as mosques.

There’s also the added challenge of counter-terrorism measures such as Prevent, which have been accused of a disproportionate focus on Muslims, creating an atmosphere of suspicion where innocent citizens feel singled out and victimised. On top of this, the much-publicised crimes of Daesh (ISIS) have further inflamed the situation. Resentment, fear and distrust of Muslims is at an all-time high.

But in recent months Daesh has taken a back seat . A new group has risen to prominence; the so-called ‘alt-right’, otherwise known as far-right extremists, or white supremacists. The resulting media furore surrounding the Brexit vote and Donald Trump’s election as US president has thrown the spotlight onto far-right extremism. The far-right has always been around – 1 in 3 cases referred to Prevent involve far-right extremism – but hasn’t received so much media coverage until now.

There’s nothing positive about such hateful trends. But against this backdrop, with Daesh fading into memory, perhaps the image of Islam will regain some ground. Society must realise that violent extremism and terrorism are not just related to Islamic groups. Hate and dissatisfaction come in many flavours; with a much broader spectrum than mainstream media coverage suggests. Before Al Qaeda, many people associated ‘terrorism’ with the IRA, i.e. white Catholics.

The image of Islam must start to reflect reality; and people must realise that terrorism and Islam are absolutely not synonymous. It may seem counterintuitive, but perhaps the rise of far-right extremism could help drive this shift in perceptions.