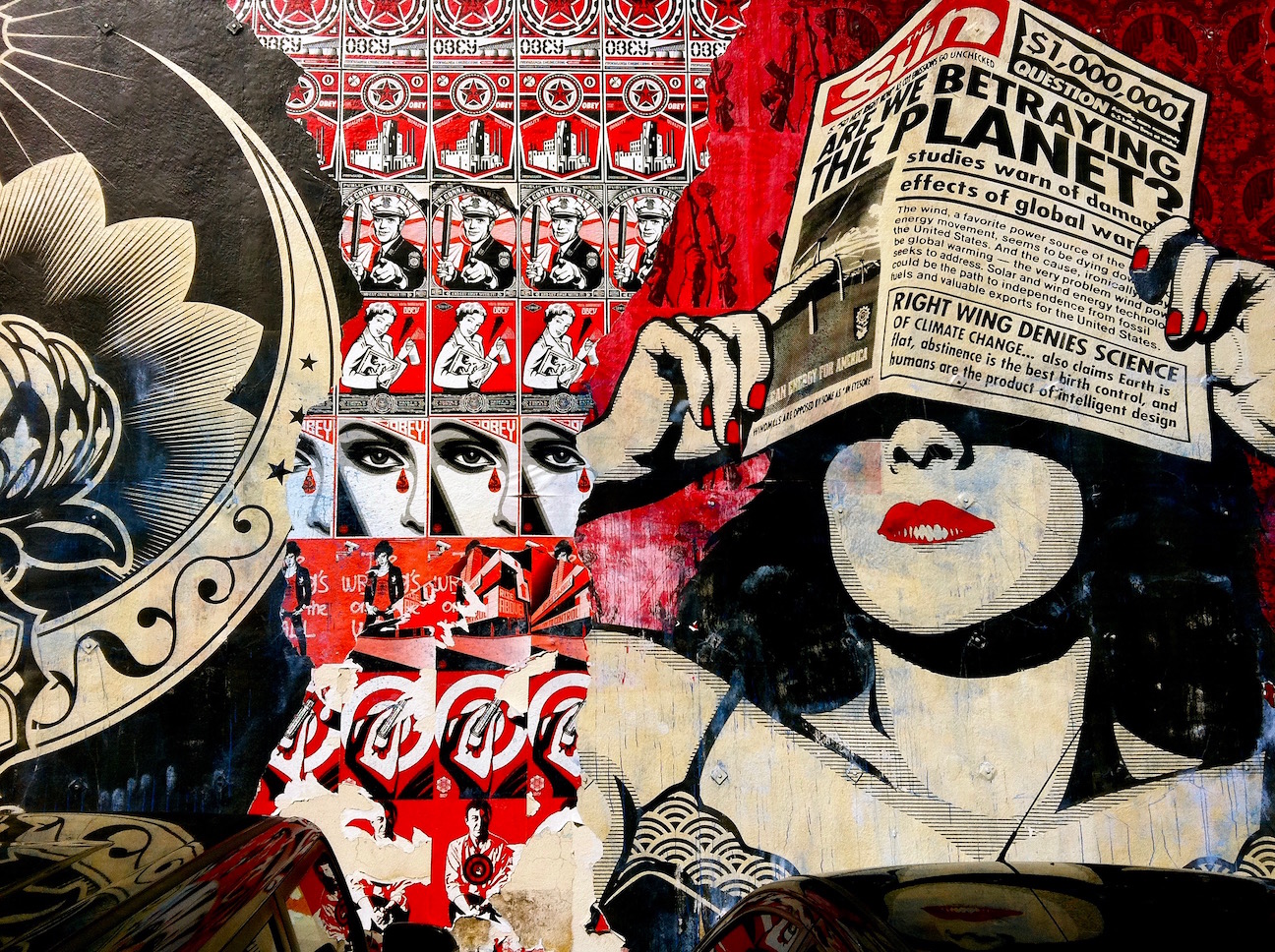 First published in 2015, Emma Briant’s book Propaganda and Counter-terrorism has gained relevance in recent months, as the world comes to terms with the power of propaganda to propel dramatic social and political changes.

At the time of writing, there are just days left before Donald Trump enters the White House, amid a furore of fake news and accusations that have surrounded his presidential race. Propaganda has never been more relevant, especially in our digital age, where technology has the power to obscure identity, location, and source – along with the concept of truth itself.

Set in the context of a post 9/11 media environment, Propaganda and Counter-terrorism explores how the British and US governments adapted their propaganda strategies to address the perceived threat of global terrorism, which became top of the agenda after 9/11. In the Iraq War that followed, both sides collaborated not only to fight Al Qaeda, but also to produce propaganda of all stripes. Their goal: to change hearts and minds, both at home and in the theatre of war.

But, as Propaganda and Counter-terrorism reveals, that was not the only goal. Through extensive interviews with high-profile sources, including journalists, military officials and defence analysts, author Emma Briant explores the unseen story of post-9/11 propaganda. She explains how the UK and US governments aimed to change existing systems of propaganda, which were seen as ‘outdated’ within a fast-evolving global media landscape where messages could travel at lightning speed across disappearing boundaries.

Early on in the book, Briant dives into a detailed unpacking of the terminology used in the book. She defines propaganda as the ‘deliberate manipulation of representations, with the intention of producing a desired effect among the audience.’

Briant points out that propaganda can involve facts as well as untruths, and does not always have to be perceived in a negative light. She lays out the different categories of propaganda, from white (truth), to grey (uncertainty), and black (lies). One could argue that the use of ‘fake news’ in the US election is a perfect example of grey propaganda.

In subsequent chapters the book deconstructs Anglo-American collaboration in propaganda efforts, power-sharing within the relationship, methods used and mistakes made. There is a key focus how the ‘war on terror’ narrative was constructed and delivered, not just by government, but also by many social institutions including the media.

The book includes a case study of the Iraq War, which some sources describe as ‘tragedy and farce’ and a ‘failure of journalism’. The problems arising from this failure have been far-reaching, fuelling anger and resentment within Iraq that has led to unending conflict. The resulting destabilisation has created an opportunity for the rise of ISIS; a brutal terrorist group with the most advanced propaganda ever seen.

In the final chapter, Briant examines how US/UK-led attempts to counter terrorism risk denial of dissent within society, both at home and abroad. She refers to ‘democracy building propaganda’, which shows ‘sustained lack of understanding’ of non-Western cultures, while building a disproportionate fear of terrorist attacks among foreign audiences. This is problematic as it encourages a view of ‘us and them’, which is harmful and hampers efforts to build international cooperation.

My concern is that the view of ‘us and them’ is only becoming more pronounced. We now live in a Trump-led world, which is veering towards increased nationalism. It’s a world where borders are reinforced and societies encouraged to look inwards, glancing outwards only with fear. As Briant highlights in her closing chapter, ‘dominative foreign propaganda cannot create lasting peace and stability, indeed it shuns true intercultural understanding’.

One of the book’s main strengths is its analysis of extensive source material, which draws on the expertise and insider knowledge of numerous defence, intelligence, security and PR professionals, both in the public and private sectors. These are the people at the coalface of propaganda planning and delivery.

Their input gives the book distinct authority and instils the reader with confidence in the ideas expressed. I’d have liked Propaganda and Counter-terrorism to also examine the role of social media, fake news, and post-truth in shaping approaches to propaganda, but realise this was probably outside the scope of this book at the time of writing. Hopefully these topics will be addressed if there’s a follow-up.

Propaganda and Counter-terrorism is an important read, if not always an easy one due to the sheer breadth of source material and depth of analysis contained within. This is valuable and makes the book a heavyweight in its field. Readers who persevere to the end will gain a host of new insights and intersections relating to the role of propaganda both now and in the future; essential understanding in the current climate.