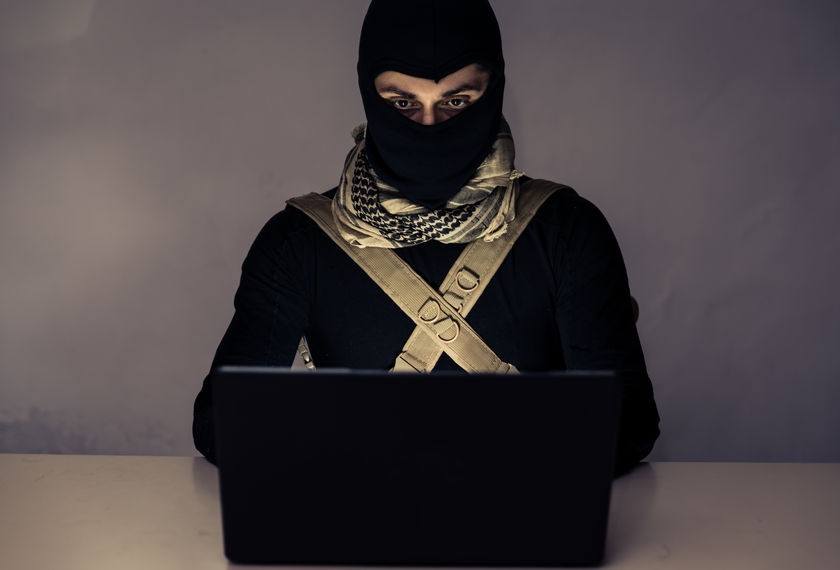 The digital world has been a central feature of the Islamic State’s rise to power, driving much of its recruitment as well as building and maintaining its fearsome image. But the strategy behind the mastery has remained mysterious. Islamic State (ISIS) keeps its operations hidden, to leverage the power of surprise and create a sense of unpredictability.

The group’s mastery of the digital world has been much-discussed in the short years of its existence. In contrast to previous jihadist groups, ISIS is populated by a younger generation of digitally-savvy millennials. Immersed in the online world from childhood, these individuals are naturals in social media marketing, video creation and coding – all of which are critical for developing the ‘digital caliphate’.

In Islamic State, the Digital Caliphate, veteran Palestinian journalist Abdel Bari Atwan explores the group’s digital strategy via a series of insider interviews. This unusual level of access offers fresh insights, not just into the particular technologies used, but also into the group’s wider strategy and narrative.

But the book is more than just an analysis of the digital aspects of ISIS (or Islamic State as Atwan calls it throughout the book). It also includes background information on regional history and politics, essential for placing the present-day situation into context. Having this overarching narrative helps the reader understand the complex web of events that led to the Islamic State, while also gaining more knowledge of the challenges facing the entire Middle East.

Inner workings of the ‘digital caliphate’

Atwan opens with a chapter on the cyber caliphate, focusing on how Islamic State handles recruitment, dissemination, brand building, and security. The level of detail about the tools and techniques used is of particular value, and will be important for those looking to discern exactly how Islamic State conducts its operations on a practical level.

The book examines how the group’s operatives use tools such as TAILS and TOR, hashtag hijacking, encrypted messaging services like Kik, Telegram and WhatsApp, and even goes into detail about Islamic State’s own self-produced video game. The reader is left feeling well-informed on the inner workings of the cyber caliphate, along with the (usually inferior) Western government-led efforts to counter its influence.

The roots of Islamic State

The opening chapter is followed with a trio of ‘Origins’ chapters that examine the key events in modern Middle East history that led to emergence of the Islamic State today. First, Iraq, where ‘the seed that would eventually produce Islamic State’ was planted, when the US tried to engineer regime change during the first Gulf War in 1990. As political Islam grew and mutated within a shattered country, the aftermath of Saddam’s defeat left a void waiting to be filled.

In 2002, the first jihadists entered Iraq from Afghanistan, among them Abu Musab al-Zarqawi, founding father of what would later become the Islamic State. Zarqawi wasted no time in building up networks of jihadists within the shaky social and political fabric of Iraq.

Negative sentiment among Iraqis towards the occupying power, America, helped in his mission. The rest of the Iraq chapter details the events that unfolded in post-Saddam Iraq, how these fitted in with the rest of the narrative, and how misjudgement on the part of the Americans made the situation worse.

Next, Atwan brings in three significant terrorist groups: the Taliban, Al Qaeda and Islamic State. He explores how each came into being, how they connect with one another, and how their various rivalries play out. The ideological standoff between Osama bin Laden and Zarqawi is discussed, and how this led to an eventual separation of Islamic State from its predecessor, Al Qaeda, and the major differences between the two groups.

It’s interesting to note Bin Laden’s concern for the Al Qaeda brand. He believed it had been ‘tarnished’, not just by Zarqawi’s excessive violence, but also by post-9/11-Madrid-London associations with terrorism and extremism. Such dramatic ‘propaganda of the deed’ could only serve to inextricably link the deed itself with the organisation held responsible; just as the Nazis and the Holocaust were forever linked.

This chapter also delves into the generational divide that caused cracks between the two jihadist groups; one full of grizzled ex-mujahideen, the other of tech-savvy, youthful and imaginative extremists – the ‘new wave’ of extremism. The Arab revolutions of 2011, which unseated so many ‘apostate’ rulers, presented a perfect chance for Islamic extremists across the Middle East.

For decades, these strongmen had imprisoned and persecuted the jihadists; but now their time had come. Crucially, this chapter explains how the Islamic State came to exist in its current form and how it took root within the smoking ruins of Syria.

Syria is the focus of the third ‘Origins’ chapter. Atwan examines how Islamic State was able to exploit a political vacuum to become powerful. He includes a useful modern history of Syria, its tribal system and its political environment, from Hafez al-Assad up to his son Bashar, the ophthalmologist-turned-dictator.

The Assads had something in common; they despised Islamists, and the Syrian security service persecuted the Muslim Brotherhood in particular. Yet they could not stamp it out altogether; new jihadi groups emerged in Syria even after the Brotherhood was outlawed.

Syria’s foreign relations are a fascinating read, especially when considered in the context of that country’s own revolution, which, unlike the others, had a very different flavour. Whereas Egypt, Tunisia, Libya and Yemen all toppled their leaders within a matter of months, Syria’s Assad has clung on to this day.

Just months after the first peaceful protests broke out, they descended into full-scale war complete with heavy weapons. The conflict mutated and became a proxy war played out by many different parties, complete with all manner of propaganda. Syria soon spiralled into a complex mess causing death, misery and displacement of millions.

Atwan keeps this complicated story going in an organised flow, drawing together the many strands in a way that helps the reader make sense of the chaos. For seasoned Middle East analysts, there won’t be much new to discover here. However, having the same details presented in a different way can bring new insights and reveal angles one might otherwise have overlooked.

‘Wahhabisation’ of Islam: Branding a faith

Subsequent chapters delve into the life and character of Islamic State ‘caliph’ Abu Bakr al-Baghdadi, along with life inside Islamic State (as told by defectors). Other chapters focus on foreign fighters, the role of Saudi Arabian Wahhabism, and the Western response to the Islamic State. Glimpsing life inside the ‘proto-caliphate’ is fascinating, especially because of how well-organised it is, with various councils to handle everything from education to economics to military matters.

The Saudi Arabian strain of Islam, Wahhabism, receives its own chapter, because the fundamentalist and brutal tenets of this interpretation form the foundations of Islamic State ideology. Atwan explores how Saudi used its oil money to strategically spread ‘the Wahhabi seed’ around the world, especially in the West, through means of mosques, madrassas and propaganda.

Saudi Arabia considered this ‘branding’ necessary to gain and retain legitimacy throughout the Muslim world as the ‘home’ of Islam. However, this ‘Wahhabisation’, promoting an unyielding and intolerant core, has damaged the image of Islam and Muslims in Western minds. It also encourages a mindset among believers that risks leading them down a path into jihadi territory. Together, these factors contribute to creating an environment ripe for Islamophobia and radicalisation.

Finally, the book closes with reflections on next steps for the West vis-à-vis the Islamic State, with suggestions on military and ideological counter strategies. One interesting idea is the suggestion of another ‘powerful Islamic figure or movement’ being the only way to foil Islamic State and radical Islam as a whole. Nevertheless, he’s convinced that with matters as they currently stand, groups like Islamic State, and the ideologies that underpin them, are here for the long-term.

Islamic State: The Digital Caliphate is carefully researched and offers new insights into the group’s inner workings. The use of first-hand interviews with insiders gives the book an extra edge of authority, one that’s based on facts not just speculation.

Backed up by clear explanations of the complex historical context that produced the Islamic State, the book gives a well-rounded picture, not just of the digital caliphate, but of all the geopolitical machinations that created it. It’s a worthwhile read for anyone with more than a passing interest in extremism, counter-narratives, cyber-terrorism, political violence, and of course the Islamic State itself.